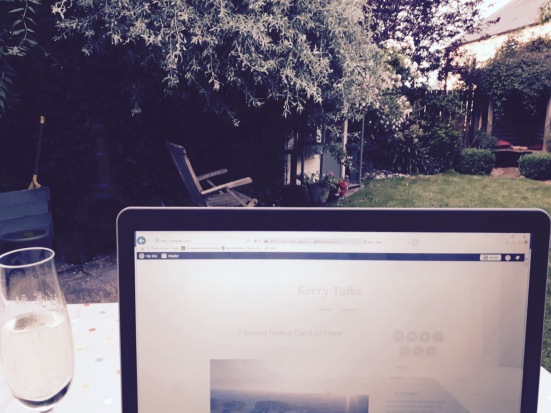 So it has happened. A mere two and a half months after launching my blog, I have hit the wall and since my last blog a week ago, have not felt the urge or the inspiration to write. Normally, on any given day, I am mulling over headings, growing ideas, structuring a piece, forming sentences. Last week, nothing. I just couldn’t be bothered and did not feel the pull to put pen to paper.

I have to say, it has come as a bit of a surprise. I have been loving it and also been feeling that I have found my ‘thing’. I have been genuinely lost in the moment as I have been writing, enjoying writing just for the sake of writing and feeling genuine wonder at the joy of being creative. Beyond this, it has also been really encouraging to get such lovely feedback and to be told that what I have written has had an impact on people. It hasn’t mattered to me that my readership is largely made up of friends and colleagues. To know that on any given day, my blog has made someone feel better, has given them hope, has triggered a spirited discussion, has made them cry, has made them laugh….well actually, that is more than enough.

So, what happened last week?! Why was it that every time, I started to form an idea, I felt fed up with myself? Irritated by my own introspection. I mean, let’s be honest – who cares? who am I?!

It’s true that I am still unwell – it’s more manageable than a few weeks ago, but it is still a drain. It is also true that I am a PTA mum with only a week to go before we host a circus, aiming to sell 600 tickets and it is like a full time job. However, both of these things, are part of our everyday chaos. There’s nothing new here.

Those of you who have read my blog before will also know that, whilst I am ashamed to say it, I am one of many for whom approval is important. Last week was a second week for me of heightened anxiety: worrying about what people thought about the blog, worrying that people don’t like me, worrying that people actively dislike me as I tried to rally volunteers for the bouncy castles and sell tickets for this bloody circus. This coincided with the first open criticism of the blog where I was teased for it being twee and predictable in its happy endings/rousing sentiments. Ooof. That was hard to take. It was meant in jest and good spirits but when you are putting yourself out there and when you know that the large majority of your readers are friends…well it makes you think that actually your own worries and insecurities are not without foundation, which of course, makes it all worse and self-perpetuating.

Then there is the larger picture. It’s not just my own blog that has annoyed me this week. All the self-development stuff which I have not been able to get enough of, has rankled. Instead of pausing to read the posts by my usual favourites, I have tutted, sighed and scrolled on. Spirit junkie – bah, white hot truth – blurgh, overwhelm – pass the bucket, money mindset – please….In weeks filled with political uncertainty amidst generation and identity changing decisions, in weeks filled with atrocious acts of terrorism and the unimaginable tragedy of Grenfell Tower, well it has all felt a little bit self-indulgent, irreverent and irrelevant.

Even as I write this now it almost feels disrespectful. I am sat in the garden of my worn but lovely home, with a glass of bubbles – because we had a BBQ and it’s sunny….My beautiful babies are in bed, safe and sound and my lovely husband is in the bath, soothing his aching muscles after a perfect boys weekend in Wales climbing mountains in summer splendour. What cares do we have the right to claim really?

So today, I am here because I said I would be. By launching a blog, I declared my commitment to write. And I do so very much want to write, even when it feels difficult. Consistency and practice is key. Yet for the first time, tonight feels like a chore.

So no twee ending today, just hope that there are happier, more peaceful days ahead.

With all my love and prayers for those who are suffering and in pain tonight.

View all posts by kerrytalks

One thought on “Fledgling Mummy Blogger Hits the Wall”